A Warrior King. CURSED with Immortality.
A Lover. DOOMED to lose Everything.
A Pioneer. EXPLORING the farthest reaches of Space.

A Warrior King. CURSED with Immortality.
A Lover. DOOMED to lose Everything.
A Pioneer. EXPLORING the farthest reaches of Space.

From HarperCollins Amistad. Sure to become a treasured collectible, a gorgeous, groundbreaking, full-color Afrofuturist graphic novel that captures the spirit of the record-breaking film Black Panther and its mantra “Wakanda Forever.” 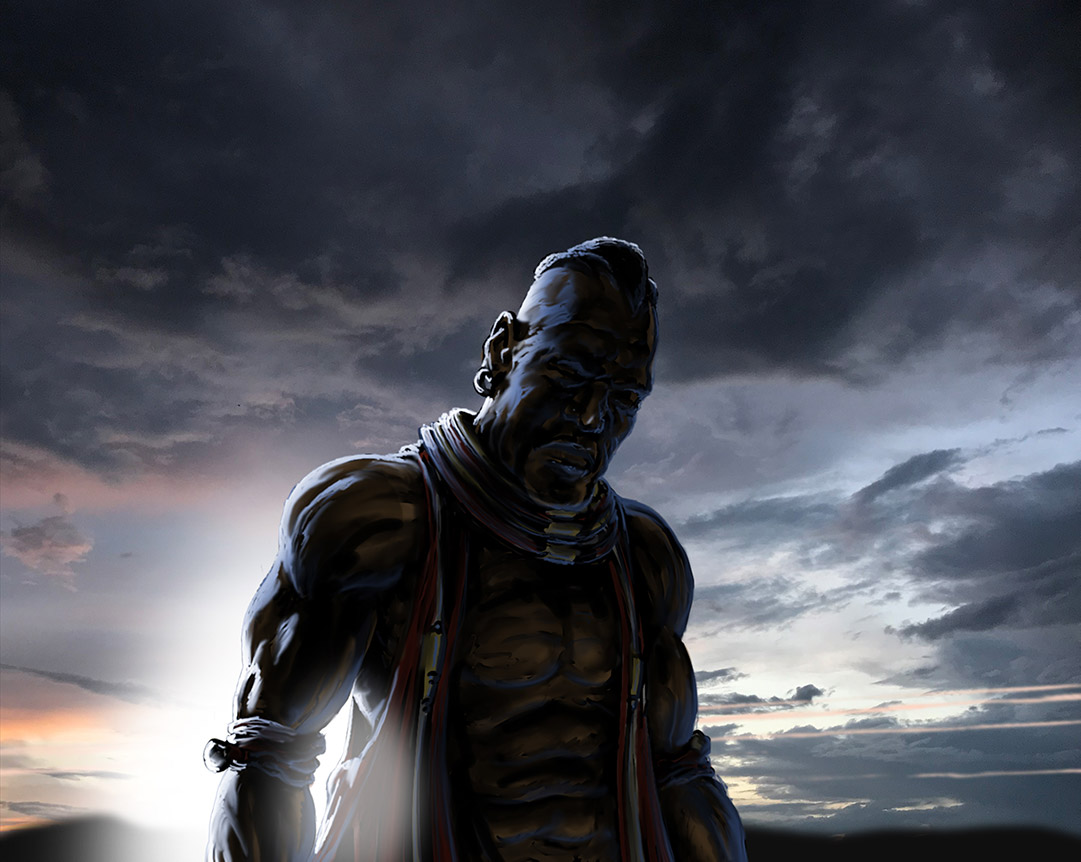 King AjA Oba and Queen Lewa are revered across the African continent for their impressive political and military skills.

Yet the future of their kingdom is in jeopardy, for the royal couple do not have an heir of their own. 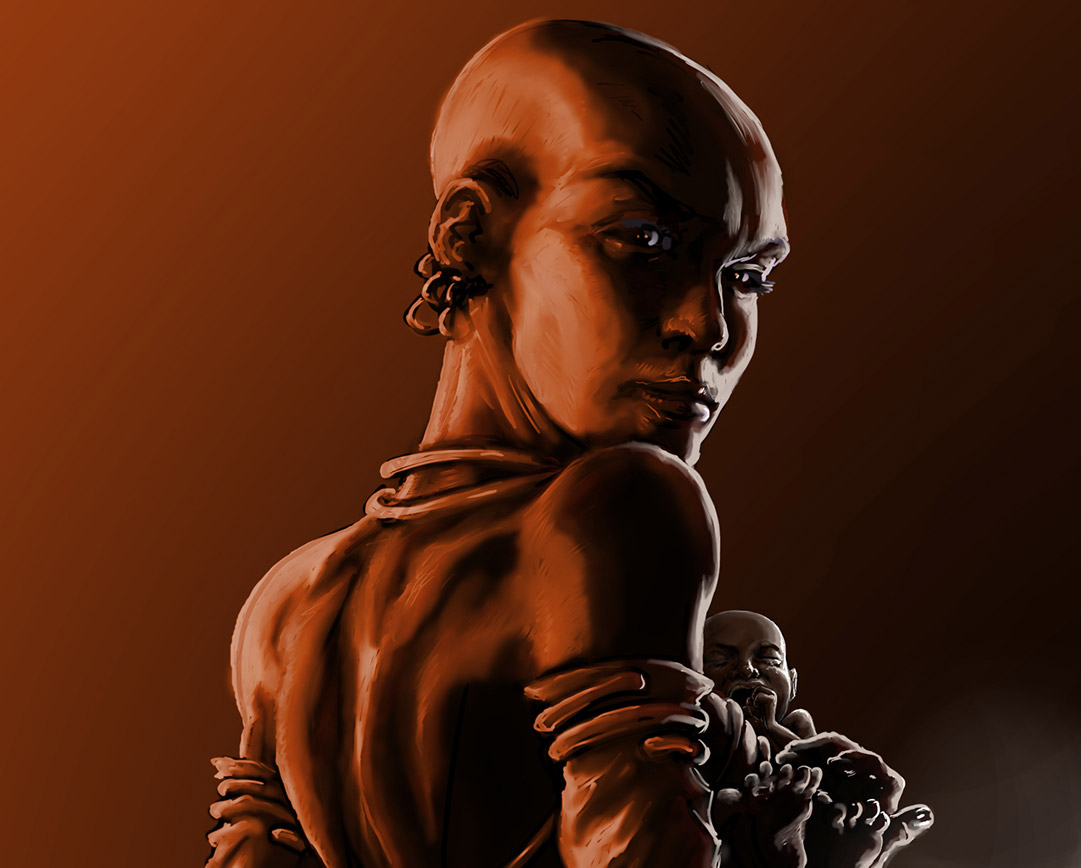 When the King kidnaps his son born to a concubine, Obinrin, she curses AjA with the “gift” of immortality. 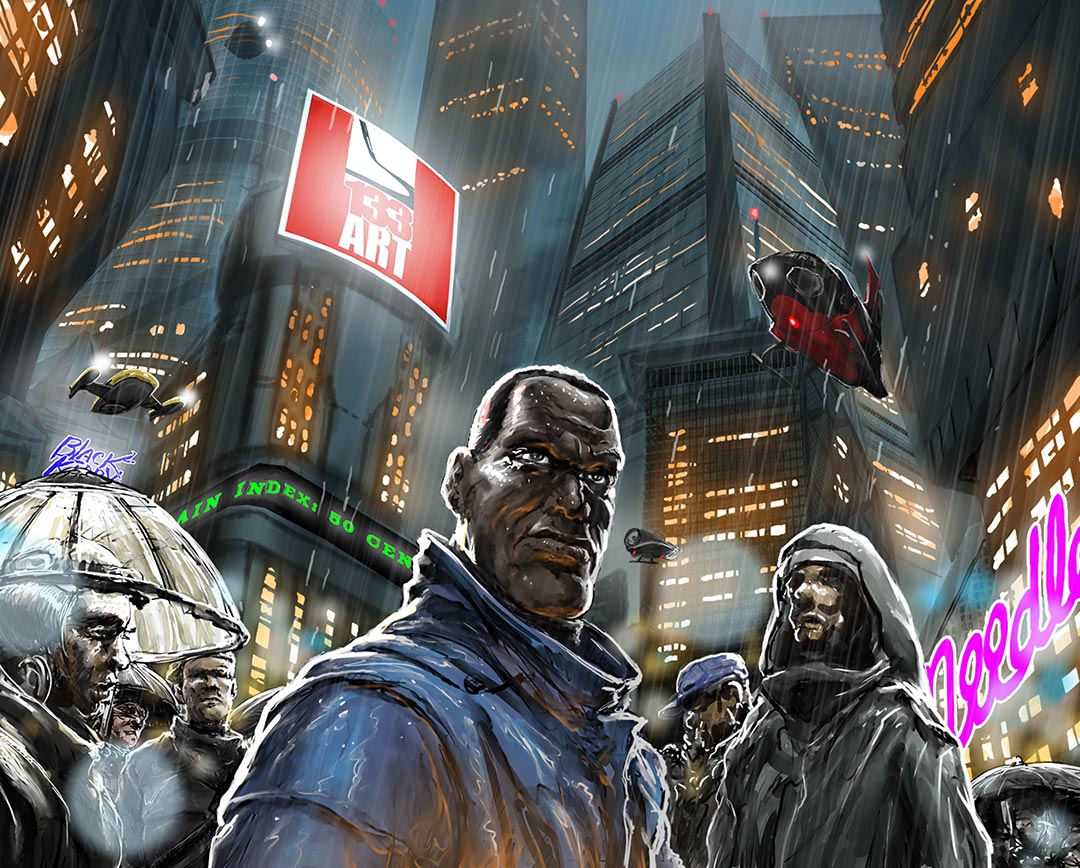 For decades, the immortal AjA wanders the world, mourning his lost subjects and searching for a new kingdom. His journey leads him across ancient time, the expansion of global technology and intergalactic travel. 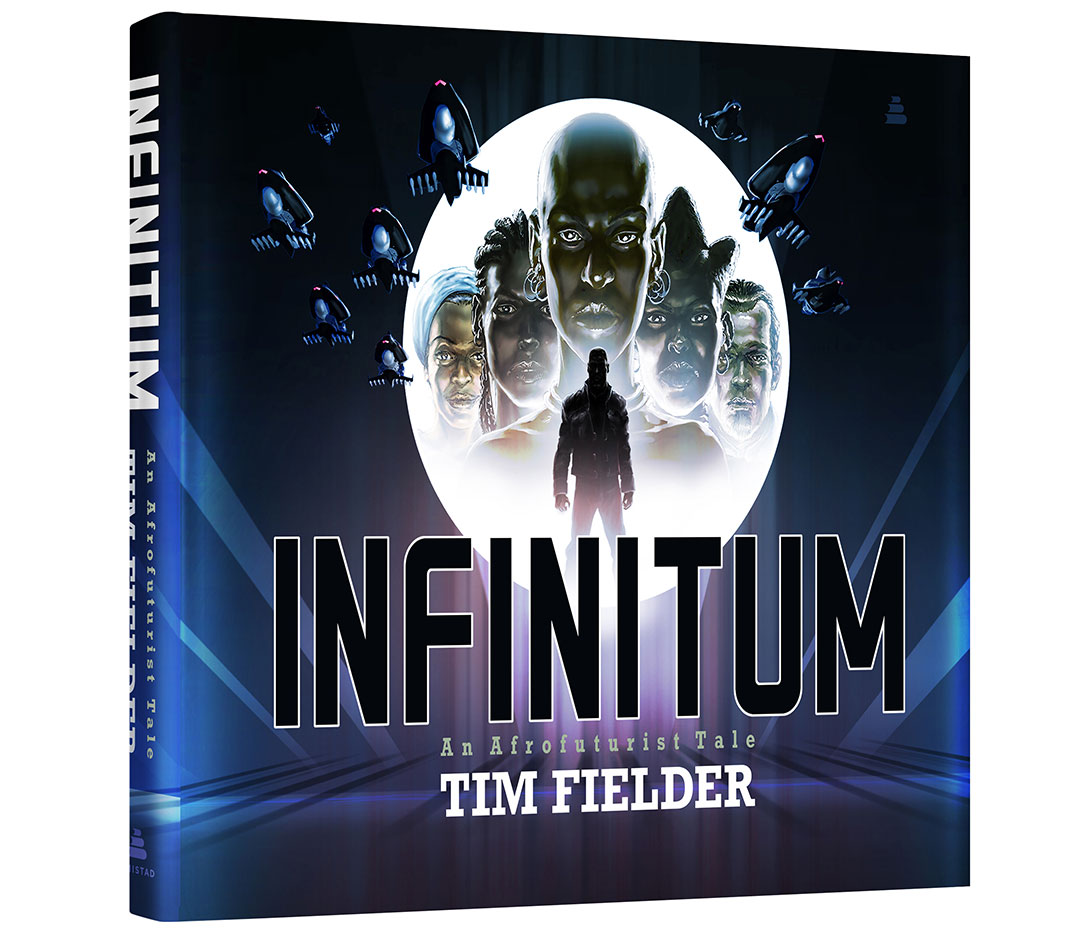 These are the answers to frequently asked questions that readers may be curious about. For further inquires, go to our Contact Page 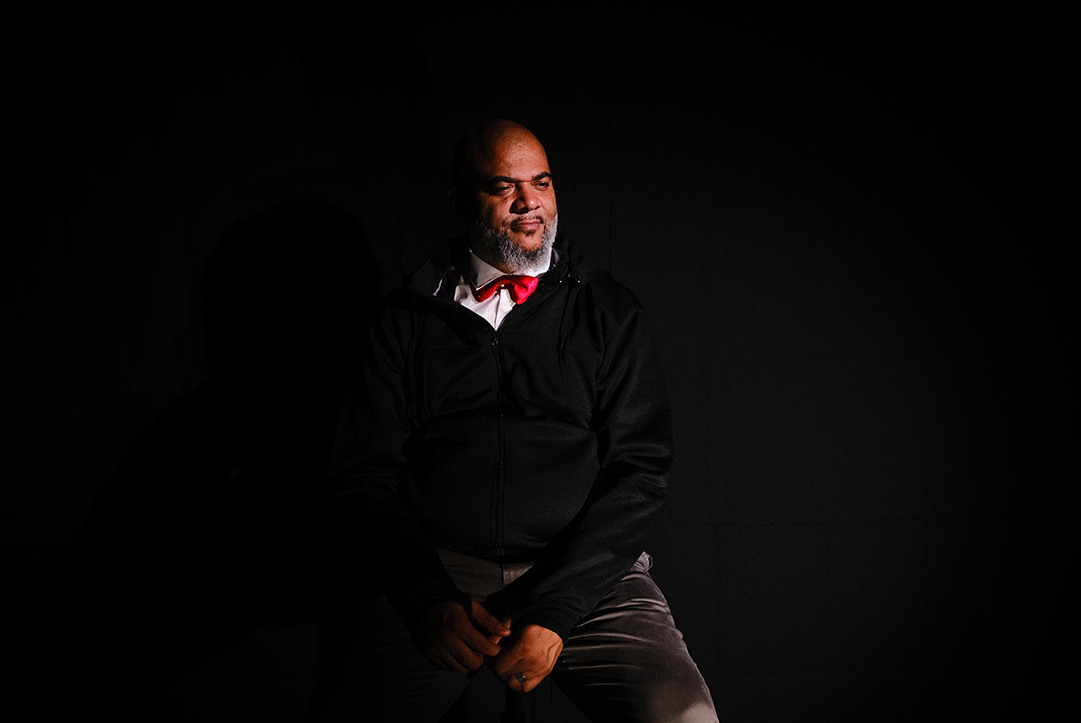 Who am I? Tim Fielder is a NYC based graphic novelist. He has worked for decades in the field of sequential art and illustration. He also has taught for many years in arts and educational institutions. Freed from the need to placate others by the experience of self-publishing my Retro-Afrofuturist graphic novel. Matty’s Rocket, I took the
opportunity in 2017 to further develop the story of a Black man who would live through almost every aspect of human existence. This seemed somehow, perfect. Published by HarperCollins Amistad, INFINITUM: An Afrofuturist Tale would dance with the sword and soul of Charles Saunders, the historical science fiction of Octavia Butler and the contemporary horror of todays headlines. It’s inspired by the cyberfunk vibes of Steven Barnes, the far flung future space of Samuel R Delany and Robert Heinlein and the seminal cinematic ideas of Arthur C Clarke and Stanley Kubrick. I wanted to create historical war dramas featuring thousands of fully armored Benin warriors attacking in Akira Kurosawa-like formations. But these works would be fully rendered art like Moebius or Ron Cobb with homages to Aaron Douglas and Ed Davis to insure context within the visual continuum of Black people.

What is INFINITUM? An Afrofuturist Tale? A graphic novel that journeys from the creation of the universe, the dawn of mankind. the rise and fall of the great
African kingdoms, world wars and socio-technological upheavals of the 20th and 21st century and beyond. The story is grounded in cause and consequence.

My motivation: I’ve produced some form of Afrofuturism all of my life. I was raised on the art of Pedro Bell and Overton Lloyd which
graced the seminal Parliament Funkadelic album covers. This is not to downplay the equally important album art of Shusei Nagaoka for
acts such as Earth, Wind, And Fire and Frankie Beverly & Maze. The fully rendered visual of a pyramidal office building with launch bays for
spacecraft on the cover of EWF’s “All in All” forever altered my eye of the possible. The extended visual journey from childhood to now has
culminated in my upcoming graphic novel INFINITUM.